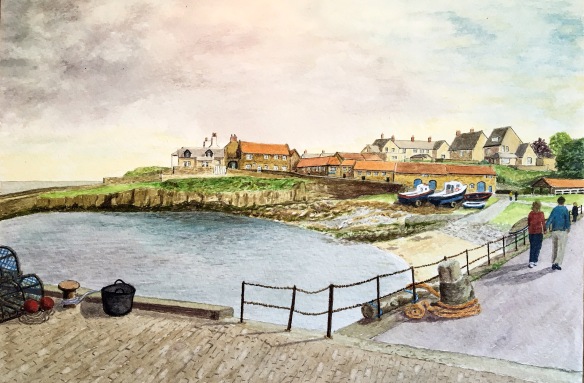 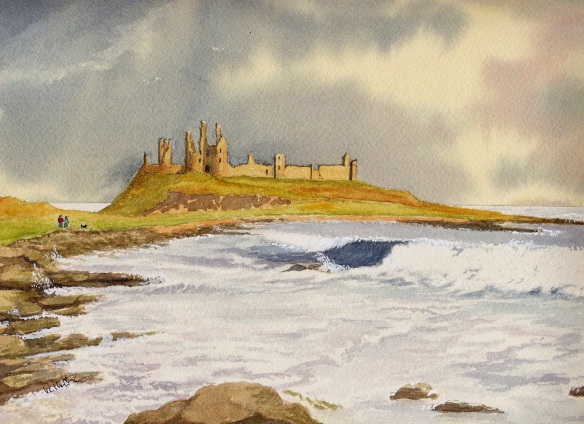 My oil painting of the ruined Dunstanburgh Castle, between Embleton and Craster on the beautiful Northumberland Coast. The scene is from the footpath from Craster, one of my favourite walks.
Built in the early 14th Century by Earl Thomas of Lancaster who was executed during ‘The Wars of the Roses’ in 1333 and an opponent of King Edward11.
The castle came into the possession of John of Gaunt Duke of Lancaster, 3rd son of Edward111 and although improved by him, was substantially damaged in the continuing wars between the houses of York and Lancaster in the mid 15th Century.
Today the castle is owned by English Heritage and open to the public.

This time in oils, Dunstanburgh Castle seen from the beautiful walk up the coast from Craster.
The castle was built in the 14th century by Thomas Earl of Lancaster, cousin of King Edward ll and became a Lancastrian stronghold in ‘The Wars of the Roses’, being substantially damaged in the process.